I was watching House Hunters the other day (aka the most addictive show ever) and I noticed some surprising similarities to publishing.

So many of the couples searching seem to have always had a dream home in mind. In nearly every episode the dream house includes an open floor plan “perfect for entertaining,” a man cave for the husband, and a kitchen with a huge island. And let’s not forget crown moldings, because we all know the world will simply stop turning if a home is lacking that vital detail.

One thing always happens by the end of the show: the dream home ALWAYS changes along the way. The prospective buyers quickly realize they’ll never get everything they want. Maybe it’s mean to say this, but it’s kind of my favorite part of the show–that moment when the couple realizes that the house they built up in their minds doesn’t exist. Because this is the part where they fall in love with the perfect house for them–even if it doesn’t have granite countertops, or a carpeted playroom (NEWSLFASH: YOU CAN ALWAYS LAY DOWN SOME CARPET OR INSTALL THE EVER-IMPORTANT GRANITE COUNTER, PEOPLE.)

The entire house hunting process really reminds me of publishing. Aspiring authors are always talking about their dream publishing house. Usually it’s whichever major house published those favorite childhood books, or one that works on a current best-seller.

I’ve learned a lot so far along the path to publication, but one thing that really sticks out is this: it’s all about finding the right home for the project, and usually we authors have no clue what that home is going to be until the offer comes. After all, we’re not searching for the publishing equivalent of a walk-in closet with enough space for our shoes and handbags (I doubt that’s a contract negotiation point even though IT TOTALLY SHOULD BE).

Especially if it were an exact replica of Mariah Carey’s famous closet!

Um…back to what I was saying.

So, we’re not looking for huge closets with pretty clothes. What we ARE looking for is the right editor, the one that believes in the work as much as the author and agent do. Once that happens, things tend to fall into place!

I discovered something kind of interesting the other day while skimming my Goodreads TBR list. I tend to only read books that have ridiculously high popularity ratings.

Another thing I realized: I always get sucked into a trend years after it’s popular. I either wasn’t that into it at the time it was a huge success or never got around to it. This is also the case for me when it comes to TV shows too. This fact dawned on me the other night because I’m currently in the midst of the Twilight Saga (I’m on Eclipse right now…yes, it’s taken me seven-ish years to get around to Twilight. I guess I was waiting to see how it would do?)

But what about all the great books that don’t get so much buzz?? Or might exist right now but won’t gain buzz for a year or more? Where can I track these down–am I missing out on some top secret awesome underground book blog??

How do you discover great books??

So, for #TBT here’s a flashback to yesterday, when my blog looked like this:

I have decided to conduct a little site makeover (pun intended, duh) and I am SO happy with it now. The URL is going to be changing over soon too.

A huge thank you to my brother, Scott, for always being so quick to help me, despite the fact that web design is now way beneath him. Scott has worked on a TON of different projects for me over the years. When I was in college and had a lot of web and video based classes he basically did my homework for me helped me immensely, and I’ve had a lot of random blogs over the years that he’s built and re-designed each time I’ve changed my mind.

This has gone on almost eight years now. Wow. This probably brings my grand total up to…

Well, that’s not important. What’s important is that I’m his only sister. His only sibling, period. That counts for way more than something as insignificant as money.

I may even throw an acknowledgment into the book too!

Writers hear it all the time: “VOICE.”

It’s probably the second most repeated thing, just behind the number one most popular: “SHOW DON’T TELL.”

Voice is basically the unique tone of your writing and the distinct way your MC thinks. We’re encouraged to find our voice, hone it, and make sure it stands out from all the other amazing authors’ voices out there.

I actually had a voice before I knew it, and then I fought against it to the point where I lost it. So for me, the trouble was never finding my voice: it was getting it back.

I was always really lucky to have GREAT English teachers. But it was my college English professor who read one of my pieces and asked if I’d ever read the Shopaholic series by Sophie Kinsella. I hadn’t even heard of her at the time. She said she couldn’t tell if it was just a coincidence, or if I was heavily influenced, but my character’s voice was similar to Kinsella’s. She wrote down the books and her name and told me to go out and buy the series, since I’d probably love it.

I did love it. I still do. I’ve re-read the Shopaholic books countless times since.

But at the time it also freaked me out a little. Becky Bloomwood’s fun, fashion-loving observations were eerily similar to a variety of my characters’ thoughts and feelings.

Looking back, I still had my own twist on all things girly, but at the time I was afraid people would think I was unoriginal. So, I fought it. I read a bunch of books, hoping I could figure out a way to create a new voice. Maybe somehow meld a moodier tone with my girly themes.

This really didn’t work so great.

Fast forward a few years to when I developed Lacey Robbins, my MC in THE MAKEUP DIARIES. In the early stages of this manuscript, the plot was different. Lacey was a famous beauty guru trying to get away from the fame, and live a normal life. This was a direct result from my influence of the moodier teen voices.

One of the earliest comments I got from Carrie (who, at the time wasn’t my agent but the I-really-hope-I-get-to-work-with-this-agent-someday agent) was that she liked Lacey’s voice in the Sephora scene and Lacey’s overall exuberance and zest for makeup. She encouraged me to make that zest resonate more throughout the MS.

Lacey’s observations in Sephora were light and girly. Basically, it was me slipping into my old voice because it felt natural.

After that comment I was like…hmmm. Maybe it’s okay to go back to my original voice. The one I had already well-developed in 2005 completely unknowingly. The one that feels as natural to me as breathing: Girly girl who adores all things pink and pretty and has absolutely no apologies to society for it.

I was thinking about some of my favorite childhood books the other day, and besides the obvious ones (Babysitters Club, Sweet Valley Twins/High, etc) I remembered that some of my all time favorites may actually be the oldest books I own.

My grandma gave me these early (they may even be first!) edition Nancy Drews when I was about eight years old. My grandparents were moving at the time and my grandma knew to send any books she found while packing my way, and I have treasured them since.

I LOVE the Nancy Drew series and I owned pretty much all of them in the nineties with these covers:

But something about owning relics THIS OLD always fascinated me.

I don’t think I ever managed to read The Message in the Hollow Oak without the brittle pages breaking, so I just taped the poor thing up and kept it on the shelf. But the other two are in good condition. And their covers have this awesome fabric-like texture.

The Mystery at Lilac Inn is my all time favorite. I think I read it about eighty-five times. It’s also the oldest of the three.

I’ve got this Louisa May Alcott one too. It’s older than the Nancys, but in way better condition oddly enough.

This one is obviously definitely not a first edition though, since it would have to be from the 1800s for that to be true.

so there you have it! My most prized literary possessions, not b/c they’re valuable (since I highly doubt they are given their state) but just because I LOVE them so so much!

Hope everyone had a great holiday break! I didn’t make any resolutions–I never do. I did read a lot…which felt great, since I’m a super slow reader when I’m revising. I’ve had a stack of books to get through for months now and I plowed through a bunch these past couple of weeks. I’m currently in the middle of The Selection trilogy (just finished the first book) and am surprisingly in love. I say surprisingly because I was skeptical, seeing as it has a dystopian feel and I’m a really hard sell on any genre that’s not contemporary, but I’m adoring this series so far. And the covers are like artwork. 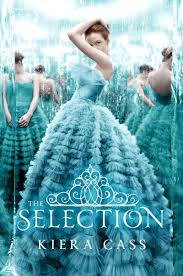 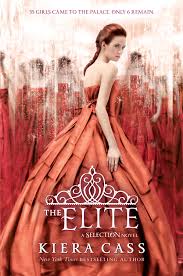 other than that, I was very excited about the annual WPIX The Honeymooners marathon on new year’s day. I’ve watched this basically every year since I was about 10. Nothing screams “New Year, New Opportunities, Fresh Start” quite like my favorite episodes of a show I’ve seen hundreds of times. I do feel a little incomplete this year since the network cut in to show an hour’s worth of the mayor’s inauguration, but oh well.

What did you do/not do this holiday break?