So since next week is Thanksgiving and it’s understandably hard to keep our minds on writing, I thought I’d just do a quick post about the holiday!

First up: I’ve mentioned this before, I’m a vegetarian and so is my mom, so my family keeps the day meat-free! It can get a little tricky finding new things to do, but I brainstorm about a month before-hand and try to get inventive.

This year I found this awesome pumpkin pasta recipe I saw on YouTube. We shall see! Of course there’ll be Stovetop stuffing, zucchini, and lots of pie to go with it in case the pasta goes wrong! I get really happy thinking about so much delicious food.

Of course, I always really look forward to it but my eyes are definitely bigger than my stomach. I usually only manage to eat about half a plate-full before I cry (carb) uncle…

Okay I kind of lied when I said I wouldn’t talk writing. I do have to mention one thing. I feel as though there aren’t a ton of Thanksgiving scenes in YA books. I don’t know why this is! But if you can think of one please let me know!

Off the top of my head is a fantastic scene in Something Real by Heather Demetrios. The MC Bonnie is one of the stars of her family’s reality show, Bakers Dozen (a take on The Duggers of Nineteen Kids and Counting), and Bonnie and her brother, Benton, HATE being on this show. The crew films their Thanksgiving dinner, and Benton (her cohort in trying to get off the show) decides to have “signals” so his boyfriend knows he’s thinking of him (Benton’s still in the closet.)

Long story short, the dinner is a disaster, the kids’ estranged father shows up to cause a producer-enforced fight with the mom and step-father, and Benton keeps randomly shouting “CANTELOUPE!” because it’s the secret signal for his boyfriend.

I hope everyone has an amazing holiday free of fights and full of food! What is your go-to Thanksgiving food??? (and if you’re from another part of the world, tell me your favorite carb indulgence!!) 🙂 I will see you all after the holiday!!!!!! xoxoxo 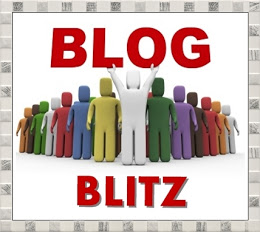 FIRST UP! I have to say how shocked and happy I was to get blitzed!!!! My blog was SUPER FESTIVE on Tuesday when so many awesome people from the blogging community came by to say hello and share their thoughts on genre change and switching things up as an author. It made my whole week!! 🙂  huge thanks to DL Hammons for organizing these blitzes for the blogging community, and to everyone who came by!!

now let’s get into today’s blog 🙂

I’m not “officially” NaNo-ing–just applying the basic principle to help me get through my WIP. But I’m still feeling it.

With so many of us plowing through this month and (hopefully) knocking out words like a prize fighter, I’m discovering something about myself as a writer: I wish I could draft and revise all at once.

I wish my brain could somehow deliver well-developed ideas through my fingertips smoothly onto my Word doc. I hate that the words are such a disaster for so long before it becomes something. As I draft, all I can think about is revising.

But then on the other end of the spectrum there’s an immense satisfaction that comes with throwing down words, no matter how disastrous, and working through all the difficult sections and plot points. I also LOVE seeing a character develop right before my eyes and become a real person. So maybe drafting isn’t so bad.

I’m just not sure how to feel about it.

Overall, even though I love beginning a fresh idea, I think I prefer revisions to drafting. As much as I enjoy setting word count goals and watching them rise, I still prefer making my words count.

How about you?? Do you prefer drafting or revising?? And if you’re doing NaNo, it’s now mid November! Are you getting more energized as the month is going on or are you tired of it all??

As I previously mentioned, I’ve been working on a new story with older characters. Upper upper YA, or “New Adult” as the publishing kids are calling it these days.

I’m so used to writing about characters who live at home, go to school, and are working up the courage to talk coherently to their crushes that I have to remind myself it’s okay to change things up. The publishing police will not come to my house, rip my laptop from my hands and revoke my YA card.

It’s so easy to get stuck inside your comfort zone, and it takes courage to push yourself out of it.

This is the main plot of High School Musical, after all.

The funny thing is, I tried my hand at NA before it was a genre. The second MS I ever queried was about a twenty-two year old in college interning for a late night talk show (notice a theme with my manuscripts?) All my rejections came in saying the story was great, but there was really no market for that age range (about six months later NA became a thing.)

So, needless to say, going from an unspecified genre that became a genre months later, to YA, back to a more developed NA has been an adjustment and makes me question if I’ll be able to pull it off.

But then something great happened that has really helped me be confident about pushing the boundaries. Unless you’ve been living under a rock, you’re all fully aware that Taylor Swift released her new album, 1989, last week.

Lots of people keep saying that it’s a complete 180 from her previous sound. Well, not necessarily. The progression was slower than most think. The Story of Us off of Speak Now was strictly pop, and her last album, Red, was a good mix of pop and country/pop, with some experimental dubstep.

Sure, you can still hear her roots on 1989 if you listen close enough to certain songs, but for the most part, this new record is a synth-heavy, dance party album with influences from the decade she was born and the one she grew up in.

As I listened to this new record I wondered how Taylor mentally worked through switching genres. I wondered if, with each decision to add synth to a song, or try something so out of the box–like her valley girl cheerleader chant in Shake it Off–she worried the listener would be like:

Did she obsess over it all not working? Did she panic people would say she flipped her lid and should go back to country/pop, stat?

I tried to imagine what it took for Taylor to not spend her writing process writing off every lyric or melody as “Not Me. Too weird. No one will like it.”

If she did obsess, she went for it anyway, and I admire that so much about her. She busted out of her comfort zone, she tried something completely new. And it worked.

I read this article about her thoughts on the subject of genre changes back in 2012, and this was my favorite quote about it.

It goes without saying that we can apply this to writing novels as well. I’m currently reading a YA by Harlan Coben, a man famous for his adult detective novels, and he does it flawlessly because he maintains his natural voice.

I guess the moral of the story is to block out the negative thoughts, don’t overthink, and just shake it off and do it anyway.

Have you ever written outside of your genre?? What are your thoughts on artists who change things up?