I’m so excited to be part of the cover reveal for the third installment in Stephanie Faris’ Piper Morgan series!!

Animal shelters have a special place in my heart since it’s where I fell in love with my sweet kitty, Penny, so you can bet I’ll be reading this one.

Now, here it is. Get ready for the adorableness:

Piper Morgan to the Rescue

Blurb:
Piper helps some four-legged friends find the perfect home in the third book of the brand-new Piper Morgan series.

Piper is super excited to help out at Bark Street, a local animal shelter in town. Who wouldn’t want to be surrounded by adorable puppies and dogs all day? And when Piper sees Taffy, the cutest dog she has ever seen, Piper is determined to find a way to bring Taffy home. But it won’t be easy—especially when she finds out someone else wants to make Taffy a part of their family, too!

How great does this story sound??  As part of today’s celebration I invited Stephanie to come by for a guest post to tell us some of the adorable dog-related tidbits she learned while writing this book. Take it away, Stephanie!

Some Fun Facts About Dogs

In Piper Morgan to the Rescue, my main character gets to work at a rescue shelter. I loved the idea of little Piper being surrounded by puppies, but I had no idea how much fun it would be to write the book. Every Piper Morgan book has “fun facts” inserted between chapters and in …to the Rescue, those “fun facts” are called “FUR facts.” That meant while writing this book, I got to spend time learning interesting facts about one of my favorite subjects: dogs.

One of the biggest things I learned in my research was that you can get all kinds of pets at shelters. There are younger dogs, older dogs, brand new puppies…you can even get purebreds. You may have to travel to another state, but thanks to sites like Petfinder, you’ll probably find whatever type of dog you want.

I took some time during those fun facts to stress to kids that dogs can be a big responsibility. As cute as they are as puppies, they need love for their whole lives, even when they get older and bigger. Small dogs can be even more work than big dogs, so it’s important to learn as much as possible about the breed itself before choosing a dog.

Interestingly, some of the most interesting information I’ve learned about dogs came from a piece I recently wrote for Netributor. We all know dogs evolved from wolves, but how did such mean creatures become the same animals we now let into our homes? Scientists think some wolves may have learned the behavior while searching for food from humans. Over time, a particular breed of wolves learned that if they weren’t aggressive, they’d get more food. That breed of wolves eventually became the dogs we love today.

One thing I know for sure: kids love dogs, especially puppies. I can see why. Even reading over what I wrote in the Piper Morgan series, I smile every time she interacts with her nanna’s dog Oreo. Kids and pets are so cute together!

Stephanie Faris knew she wanted to be an author from a very young age. In fact, her mother often told her to stop reading so much and go outside and play with the other kids. After graduating from Middle Tennessee State University with a Bachelor of Science in broadcast journalism, she somehow found herself working in information technology. But she never stopped writing.

Stephanie is the Simon & Schuster author of 30 Days of No Gossip and 25 Roses, as well as the upcoming Piper Morgan series. When she isn’t crafting fiction, she writes for a variety of online websites on the topics of business, technology, and her favorite subject of all—fashion. She lives in Nashville with her husband, a sales executive.

Also super exciting: Stephanie’s giving away an ARC of the first book in the Piper Morgan series! Enter here:

I’ve finally done it!! I’ve got myself a newsletter. Big giant thank you to Leandra Wallace who’s been helping me get the newsletter vibe for months now 😉 and my brother Scott who has helped me figure out Mail Chimp lol. I’ve been reading and subscribing to so many and think I’ve finally found my newsletter “voice.” So excited to be doing this and I hope you guys will sign up! <3 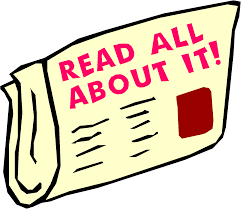 I’m so excited for my agent sis, Katherine Fleet, on her YA contemporary debut, THE SECRET TO LETTING GO.

When my agent blogged about signing Katherine a while back I knew her novel sounded like something I’d love.

I was right. I started reading this two days ago and I cannot put it down. It’s exactly my kind of read. The writing flows so beautifully and the story is addictive.

And, um, how gorgeous is this cover???

One summer can change everything…

Haunted with guilt after his girlfriend’s death, Daniel Hudson has no interest in committing to anyone. At the end of the summer, he’ll be leaving Florida for a new start in college. If only he could avoid the mysterious new girl in town, who seems every bit as naive and eccentric as she looks. Trouble is, she’s hard to ignore, with her beautiful piercing eyes, pitiful-looking dog, and unsettling tendency of finding trouble.

Clover Scott lived her whole life off the grid and arrives on the Gulf coast in search of her grandparents. She never expected to nearly drown, or get caught in a hurricane, or fall in love with the boy who rescues her. Now, she has a chance to rewrite her life’s story, to finally fit in somewhere, but Daniel wants answers about her past. When the police start asking questions about the disappearance of her parents, she must make a choice: go to jail or confess her secrets—even if they might destroy her chance at a happily-ever-after.

Originally from Newfoundland, Katherine Fleet gave up the cold winters of Eastern Canada for the year round warmth of the Caribbean. The slower pace of island life has given her time to pursue a long-time goal—becoming an author. When she’s not writing, she spends her time baking, chauffeuring her three amazing, talented kids around, and having sun-filled adventures with her husband and wonderful friends in Curaçao. She is also a very thankful breast cancer survivor. In 2007, she joined RWA and has enjoyed the support and camaraderie of the YARWA and OIRWA writing communities. She’s participated in NaNoWriMo since 2012 and is an active supporter of the associated Young Writers Program. She is represented by super-agent Carrie Pestritto of Prospect Agency. The Secret to Letting Go is her debut novel. You can connect with her atwww.KatherineFleet.com.

Congrats, Katherine!!! I can’t recommend this book enough. THE SECRET TO LETTING GO  is a winner!! <3

Hey everyone! Remember me??

So I spent the last couple of months buried in revisions, then of course I go and get a cold right after.

How has everyone been???