Also, what’s a cover reveal without a GIVEAWAY?! Be sure to enter the giveaway over at her blog for a $25 Amazon Gift Card. 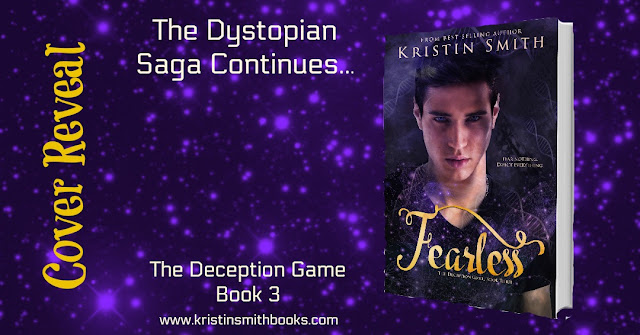 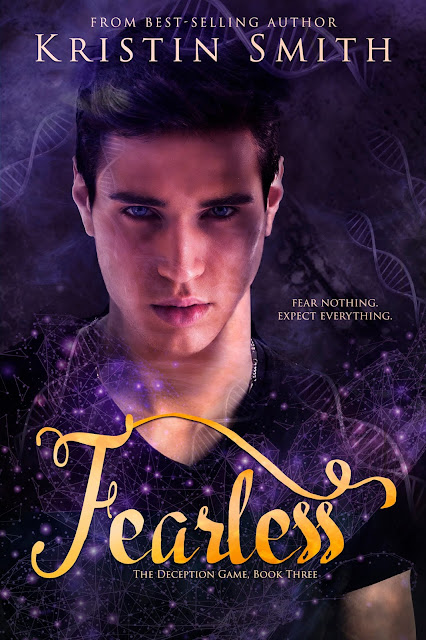 Told from alternating points of view, the story of Sienna Preston, Trey Winchester, and Zane Ryder continues in this third installment of the thrilling Deception Game series, a sci-fi dystopian saga from best-selling author Kristin Smith.

When you can’t escape, you hide.

On the run from the government, Sienna and her Fringe companions seek refuge in the primitive Zenith Camp. But navigating the camp isn’t easy. It’s run by a tough, no-nonsense girl named Paige who has a long, complicated history with Trey. And Sienna’s caught right in the middle. Not to mention Sienna is still confused about her lingering feelings for Zane―feelings that are especially useless now that he’s returned to Legas to marry his perfect genetic match.

But it turns out Zane has his own set of problems to deal with, and they may force him back on the same path as Sienna, working to uncover a dark government secret. When the government issues a decree that will change the course of history, Sienna and her cohorts are forced out of hiding, ready to resist. Problem is, it may be too late… 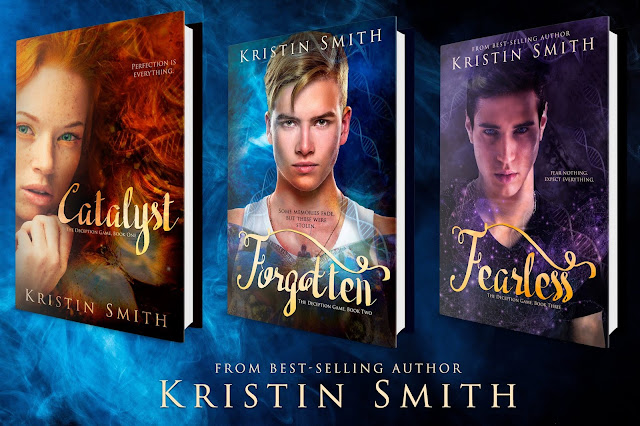 BOOKS ONE AND TWO ARE AVAILABLE IN STORES AND ONLINE! 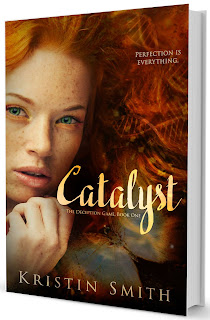 Too pretty. Too smart. Too perfect.
In a crumbling, futuristic Las Vegas where the wealthy choose the characteristics of their children like ordering off a drive-thru menu, seventeen-year-old Sienna Preston doesn’t fit in. As a normal girl surrounded by genetically modified teenagers, all of her imperfections are on display. But after the death of her father, everything she’s ever known and loved changes in an instant.
With little skills to help provide for her family, Sienna clings to the two things that come easily—lying and stealing. But not all thief-for-hire assignments go as planned. When a covert exchange of a stolen computer chip is intercepted, she becomes entangled with a corrupt government official who uses her thieving past as leverage, her mother as collateral, and the genetically modified poster boy she’s falling for as bait.
In order to rescue her mother, there may only be one option—joining forces with the Fringe, an extremist group, and their young leader who’s too hot to be bad. Problem is, these revolutionaries aren’t what they seem, and the secrets they’re hiding could be more dangerous than Sienna is prepared for. In the end, she must be willing to risk everything to save the one thing that matters most.
Goodreads / Amazon / Barnes & Noble / Kobo
FORGOTTEN by Kristin Smith
(The Deception Game, #2) 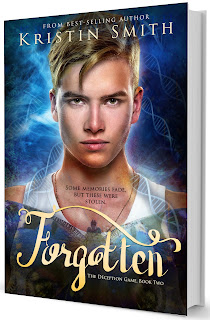 The epic tale of Sienna Preston continues in this second installment of the exhilarating Deception Game series.
Seventeen-year-old Sienna is no stranger to heartache and loss. But this time, it’s different; someone—or something—has tampered with a loved one’s memories, and she’s determined to get answers.

When Sienna gets too close to uncovering dark Agency secrets, she’s framed for the murder of a prominent government official, sending her on the run. Sienna’s heart may be torn about who she loves, but none of that really matters anymore—because the only thing that awaits her now is a death sentence.

Kristin Smith is the author of the best-selling young adult novel Catalyst and its sequel, Forgotten. When she’s not writing, you can find her dreaming about the beach, beating her boys at Just Dance, or belting out karaoke (from the comfort of her own home). Kristin currently resides in the middle-of-nowhere North Carolina with her husband and five sons. To read more about her obsession with YA novels or her addiction to chocolate, you can visit her at kristinsmithbooks.com.