Hello and welcome to #TeamVictoriousSecret! If you’re reading this, then you’re probably a potential mentee and chances are, you’re already scrolling down to the wishlist and I lost you at “Hello.” If you’re still with me, you’re about to get to know me and Kristin and learn why we are the perfect mentors for YOU! If you have no clue what I’m talking about and stumbled on here while Googling ideas for a fantasy baseball team name, then click HERE to find out what Pitch Wars is all about!
WHO WE ARE:


Hi there! I am so excited to be co-mentoring Pitch Wars this year with my friend and critique partner, the very talented Beth Ellyn Summer. Beth and I have a great love for many of the same books, and we are dying to find that ms we immediately connect with and will go to battle for.

I’m a YA author who loves jewelry and scarves, and would trade summer for fall any day. I’m the best-selling author of the YA near-future thriller Catalyst (released Nov. ’16 from Clean Teen Publishing) and its sequel Forgotten (released April ’17). You can find my books in your local Barnes and Noble or online HERE. 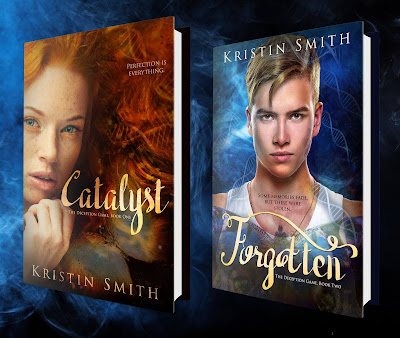 I LOVE to dance and may or may not be the Just Dance champion in my house.

If you take me to a karaoke bar, I might not be the one drinking, but I’ll certainly be the one singing.

I play a killer game of Scrabble, but I suck at drawing—my biggest claim to fame would be stick figures and flowers.

I love to laugh (no, seriously, I LOVE to laugh).

I’m a Southern girl by birth and by heart, but I’m fascinated with big cities.

As the only girl in a house of six boys (1 husband, 5 sons), I’m WAY outnumbered, which is probably why I love rom coms so much.

I love broadway plays, music, Zumba, sunsets, the ocean, my family, the piano, reading (of course), and a million other things.

You can read more about me and my books at kristinsmithbooks.com OR connect with me on Twitter: @SwordsStilettos OR find me on Instagram: @kristinsmithwrites 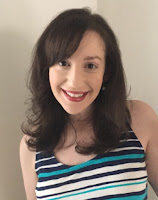 Hi! I am so thrilled to be a Pitch Wars mentor with my good friend Kristin Smith. There is something so crazy exciting about this contest, and the lead up to it every year reminds me of the electric buzz just before a concert’s about to start. We can’t wait to find the manuscript that makes us fan girl!

I’m a YA author in love with makeup, words and pretty pastel things. My debut novel, AT FIRST BLUSH was published by Bloomsbury Spark in April ’17. Check it out HERE. 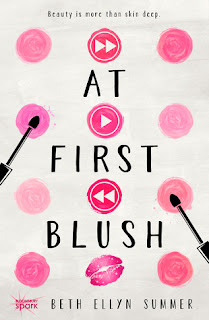 I firmly believe books > movies, but I do love television about as much as I love books. I’m a bit of a TV addict. I spent my college years interning at NBC for Conan O’Brien and Jimmy Fallon (which means I possess the answer to the age old question: how many interns does it take to change a water cooler?) Also: please don’t tell my journalism degree, but my favorite news source is Colin Jost and Michael Che on Saturday Night Live’s Weekend Update.

I live, breathe, sleep, eat, exist for fitness (yes, I’m one of *those* people) with a special love for HIIT (actually HIIT classifies as a love/hate relationship), weight training, core work, and yoga.

I have a cat named Penny Belle who loves to “hunt” my laundry downstairs at night and “present” it to me in my room upstairs which is adorable, as well as incredibly helpful.

The Roots once wrote a song about me and Whoopie Goldberg eating frozen yogurt together on a desert island.

I can’t for the life of me remember high school math, yet Britney Spears’ entire dance routine to “Crazy” is still somehow embedded in my brain (and feet) for all eternity.

I can solve Wheel of Fortune puzzles with, like, three letters. Sometimes less.

As I mentioned above, I love makeup. My main character in At First Blush is a makeup guru. But I can’t apply eye liner to save my life, and the one time I did a decent wing, I took 7,000 selfies to document the occasion.

To learn more about me and my writing check out www.BethEllynSummer.com or connect with me on Twitter and Instagram @BethEllynSummer

NOW ON TO THE GOOD STUFF!


We are interested in YA in the following genres: contemporary realistic, contemporary magical realism, contemporary suspense/mystery/psychological thrillers, fantasy/speculative fiction

Here are some things we’d LOVE to see:

-VOICE, VOICE, VOICE (If you have an ms with a voice that truly stands out, we are the mentors for you!)
-Romance (we’re a sucker for great romantic tension—however, the romance doesn’t have to be part of the main plot; it can be a subplot and we’d be happy)
-Complex family dynamics
-Unreliable narrators (If you have anything that can be comped to We Were Liars by E. Lockhart, we want to see it!)
-Love triangles (done right!)
-Complicated or flawed characters
-Twists and turns we don’t see coming
-Stories told in an unusual way (with letters or text messages, etc. Think Thirteen Reasons Why by Jay Asher)
-Fairy tale retellings
-High concept plots (Think Pretty Little Liars)
-Own voices
-Writing that grounds us in the character’s every emotion
-Artistic characters: dance, painting, acting, singing, writing, photography, etc.
-Anything that can make us laugh or cry (preferably both!)
-Anything a la Pretty Little Liars or Gilmore Girls
–Characters dealing with the death of a loved one (Think The Sky is Everywhere by Jandy Nelson)
-Boarding schools
-Phantom of the Opera inspired retelling
-YA version of the Bachelorette
-Foreign settings
-Anything with cooking
-Anything that can be comped to Sarah Dessen or Stephanie Perkins

It’s no secret that we LOVE contemporary YA. So, if you’ve got swoony boys, complex characters and unique plots, we’re your girls. We love the light and fluffy stuff (humor is always a plus) but on the flip side, if your character is gritty and dark, we want it too! In short, when it comes to contemporary, to quote Sharpay Evans, we want it all.

We love strong female friendships, but Beth has a love for the slow burn and inevitable heartbreak of close friendships falling apart.

Beth is also addicted to Disney shows and movies, so if your book is anything like High School Musical or Teen Beach (think What You Always Wanted by Kristin Rae), she will move heaven and earth for it! (bonus points for manuscripts with musical elements: rock stars, concerts, etc.)

Kristin is a sucker for voices, so if you have a voicey ms that can make her laugh (or cry) she’ll fight Wonder Woman-style for it.

Kristin would love to see anything that could be comped to Sarah Dessen, Stephanie Perkins, or Kasie West. She’s also a huge fan of Phantom of the Opera, so if you have a contemporary version of this classic masterpiece, she’d love to see it. Kristin ships stories that have emotional depth, such as dealing with the death of a loved one, so if you have a ms a la The Sky is Everywhere by Jandy Nelson or Hold Still by Nina LaCour, please submit to us.

We are looking for magical realism in a contemporary setting. Think If I Stay by Gayle Forman or Before I Fall by Lauren Oliver. Or anything else you think we’d love.

We’re looking for low fantasy or light sci-fi. So if you have an epic fantasy or anything with dragons, trolls, or unicorns, we are probably not the right mentors for you. We’re also not the right mentors for spaceships or aliens. However, if you have a superhero ms a la Wonder Woman or anything as badass as that, we’d love to see it! Most of all, we want impressive world-building and unique plots.

Some favorites include: Six of Crows by Leigh Bardugo, The Raven Boys by Maggie Stiefvater, The Lunar Chronicles by Marissa Meyer, Defy by Sara Larson

We are open to thrillers and books that mess with your mind. If you have a suspenseful or psychological thriller that can keep us turning pages late into the night, we’d love to see it.

Specifically, we want anything a la Pretty Little Liars by Sara Shepard, The Darkest Secret by Pintip Dunn, or a YA version of The Girl on the Train by Paula Hawkins.

We know this is a wide range of interests, but mostly if you have a great story with a ton of VOICE and a lot or a little bit of romance (remember, romance can be a subplot), then we want YOUR manuscript!

Favorite books: The Sky is Everywhere by Jandy Nelson, Before I Fall by Lauren Oliver, All the Bright Places by Jennifer Niven, We Were Liars by E. Lockhart, The Fill-In Boyfriend by Katie West, The Selection Series by Kiera Cass, Anna and the French Kiss by Stephanie Perkins, Eleanor and Park by Rainbow Rowell, Hunger Games by Suzanne Collins

Favorite books: Shopaholic series by Sophie Kinsella, Anna and the French Kiss, by Stephanie Perkins, Harry Potter series by J.K. Rowling, The Selection series by Kiera Cass, Pretty Little Liars by Sara Shepard, This Lullaby by Sarah Dessen, P.S. I Like You, by Kasie West (all by Kasie West), The Summer I Turned Pretty series and To All the Boys I’ve Loved Before series by Jenny Han, My Life Next Door by Huntley Fitzpatrick, The Start of Me and You by Emery Lord.

-The murdering of darlings is about all the blood we can handle, so please: no horror!
-Erotica
-Incest
-Rape
-Cruelty or death of an animal
-High fantasy
-Dystopian (while we LOVE dystopian, it’s such a hard sell right now)
-Paranormal in the form of vampires, werewolves, or shapeshifters

WHY YOU SHOULD CHOOSE US (aka OUR GENERAL AWESOMENESS)

We love nothing more than finding that special something in a manuscript and exploring ways to make it come alive, while maintaining the structure and integrity of the story. BUT, that said, we’ll push you to work hard and encourage you to make real, deep changes. Revisions aren’t about cutting and pasting bits of the story and rearranging. They’re about digging deep into structural edits and discovering new scenes (and sometimes characters) in the process. So be ready to kill some darlings and do whatever it takes to make that ms shine. Oh, and we LOVE brainstorming! So we’ll always be available to bat ideas around and work through snags. In short, as long as you’re willing to put the work in, we’ll be there for you every step of the way!

Don’t forget to stop by Kristin’s blog and say ‘hi’! You can visit her HERE.
Be sure to check out the other mentor’s bios HERE!
Also, did you catch our puzzle word? You should have seen it in red…